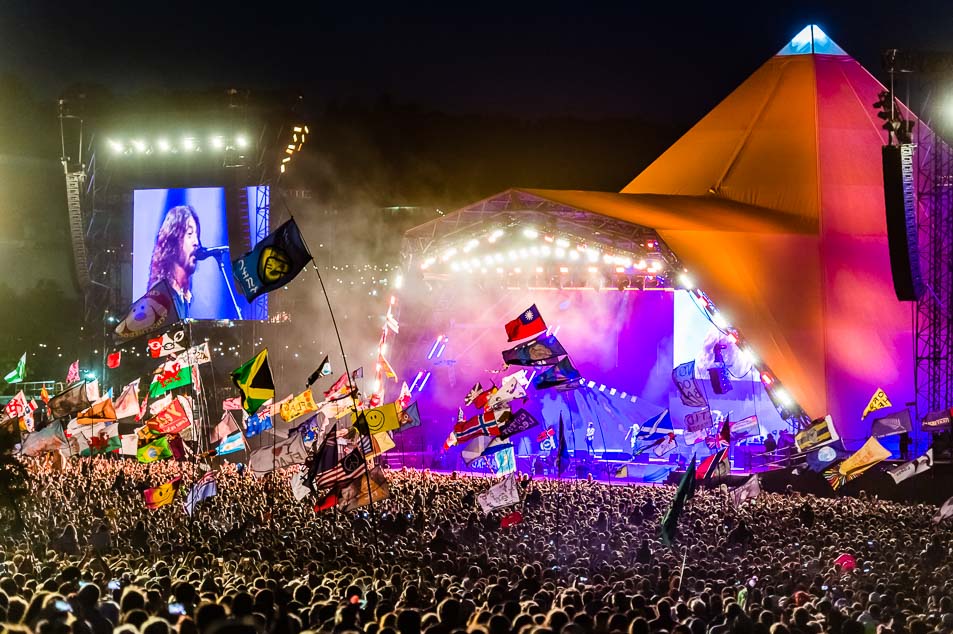 Announcing their return with a surprise gig at the tiny Cheese and Grain in Frome in January, The Foo Fighters finally headlined the Pyramid on the Saturday, with Radiohead taking Friday (after announcing their slot by painting a giant version of their logo in front of the Pyramid Stage in Oct 2016) and Ed Sheeran closing proceedings on Sunday. Labour Party leader Jeremy Corbyn’s Saturday afternoon speech also made the headlines.

The Park and Block9 celebrated their tenth birthdays. They were joined by the newly created Cineramageddon, a drive-in movie space with over 200 vintage cars re-imagined in the fields beyond The Park. Cineramageddon was curated by director Julien Temple. On the other side of the site, the long running Pilton Palais cinema (established 1984) ran a weekend programme curated by Tilda Swinton.

David Beckham made a surprise visit to the village during the Festival, formally opening the latest phase of social housing at Maggie’s Farm, returning to the site to watch Radiohead in the evening. In Infrastructure, focus again turned to Festival’s green campaigns; targeting discarded tents, pollution and plastic bottle waste continued, while the Food For A Fiver campaign continued to make people aware of value-for-money opportunities at the 800-plus market stalls. 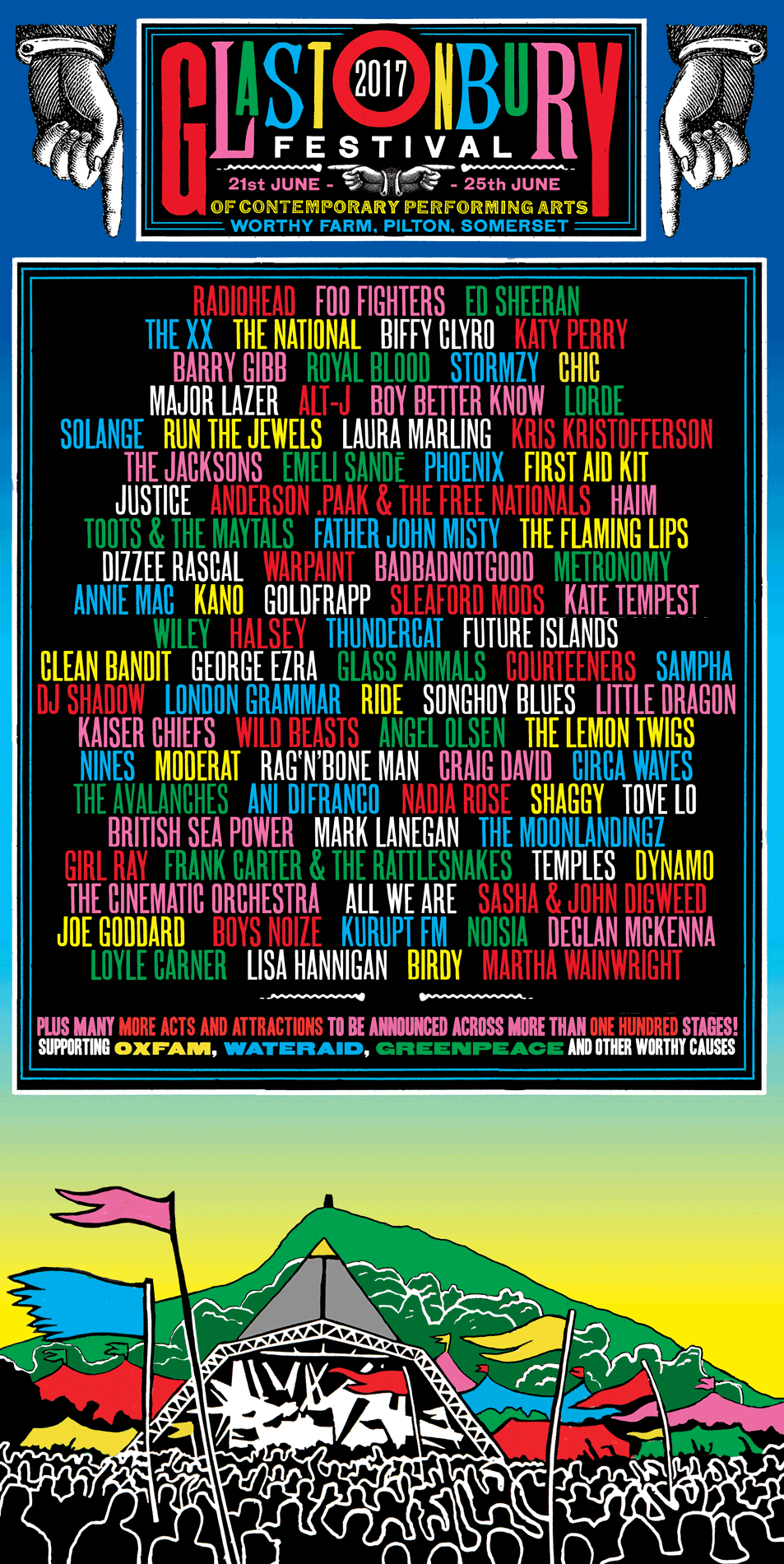