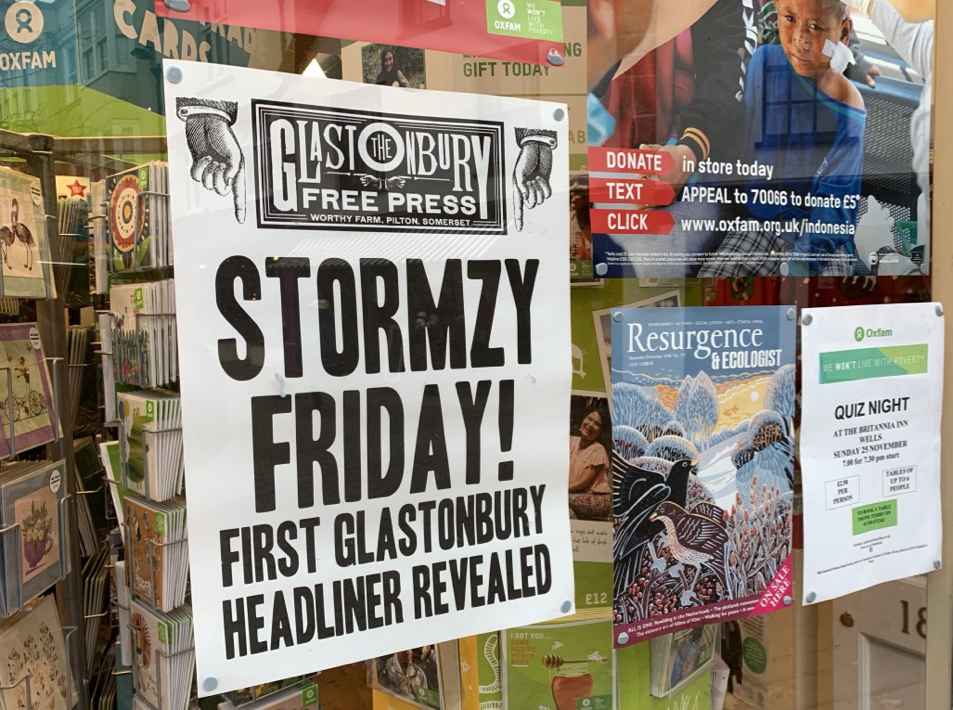 We’re delighted to announce that Stormzy is confirmed as the first headliner for Glastonbury 2019. The multi award-winning British MC will headline the Pyramid Stage on Friday, June 28th.

The announcement was made via posters in the windows of Oxfam’s shops in Glastonbury town centre and in Streatham, close to where Stormzy grew up.

“Very happy to confirm Stormzy as our first headliner for next year,” says Emily Eavis. “He’s one of the most exciting British artists to come along in years and after seeing him play here in 2017 we knew next time he had to come back and headline the Pyramid. See you there Friday night!”

This will be Stormzy’s third Glastonbury appearance, following rapturously-received performances in the Sonic tent (2016) and on the Other Stage in 2017.