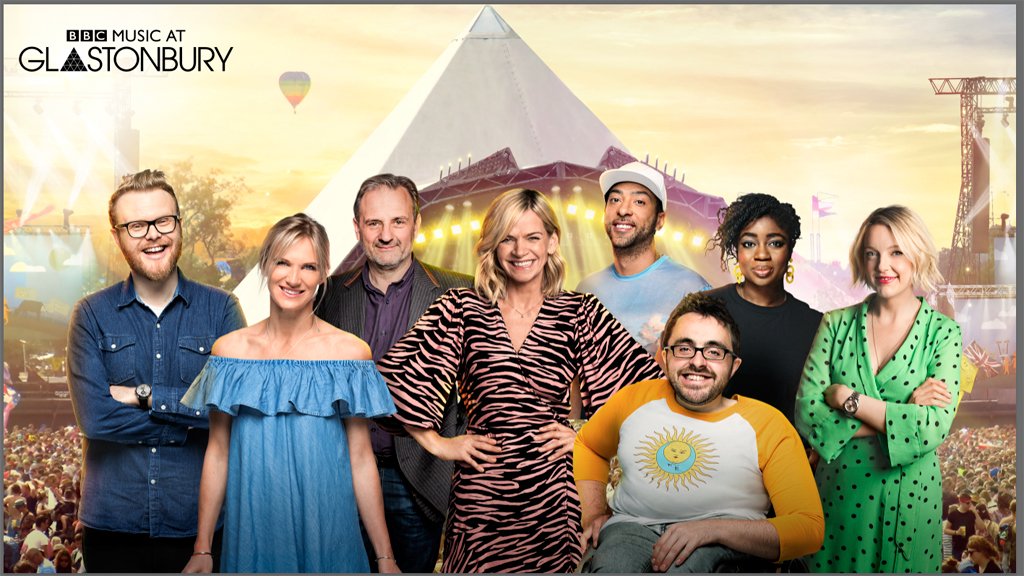 The BBC has today announced details of its coverage for Glastonbury 2019.

Whether at home or out and about, viewers and listeners will be able to watch Glastonbury coverage on BBC iPlayer and listen on BBC Sounds. Audiences can also personalise their Glastonbury experience more than ever before as BBC Music presents the very best of the Festival across TV, radio, BBC Sounds, BBC iPlayer and online – from headline shows on the Pyramid Stage to emerging artists on the BBC Music Introducing stage.

For the first time ever, BBC Sounds will be the ultimate destination for audio from the Festival this year, as listeners will be able to access all broadcasts on BBC Radio Glastonbury, at the touch of a single button.

On air, BBC One, BBC Two and BBC Four will broadcast over 30 hours of coverage this year. BBC One will broadcast from Worthy Farm on Sunday, bringing viewers Kylie Minogue’s performance in the Festival’s famous legends slot. BBC Two will be broadcasting headline sets from Stormzy, The Killers and The Cure and there will be highlights and live coverage from key sets across the weekend on BBC Four. Radio 1, Radio 1Xtra, Radio 2, Radio 5 live and 6 Music will also be live from Worthy Farm, with broadcasts available on BBC Sounds, bringing listeners a mix of interviews with the biggest stars at Glastonbury this year, live shows, headline sets and backstage moments.

Over 100 performances from across the main stages at Glastonbury will be available on BBC iPlayer. Audiences can join the action live, or whenever they like, throughout the weekend and beyond.

The BBC’s TV and radio coverage of the festival will be brought to audiences at home by some of the BBC’s best-loved presenters. Annie Mac, Clara Amfo, DJ Target, Edith Bowman, Gemma Cairney, Huw Stephens, Jack Saunders, James Ballardie, Jo Whiley, Laura Whitmore, Lauren Laverne, Mark Radcliffe, Sir Spyro, Steve Lamacq, Yasser and Zoe Ball and more will be broadcasting from Worthy Farm, guiding viewers and listeners through the highlights from all six stages at the Festival.