Again there were once again complications with the local council over the granting of the Festival licence. The Police were bought into the organisation and planning of the Festival for the first time. Donations of £100,000 were made to CND.

Acts included: The Wonderstuff, Elvis Costello, Van Morrison,  Pixies and Suzanne Vega who appeared despite a prior death threat. 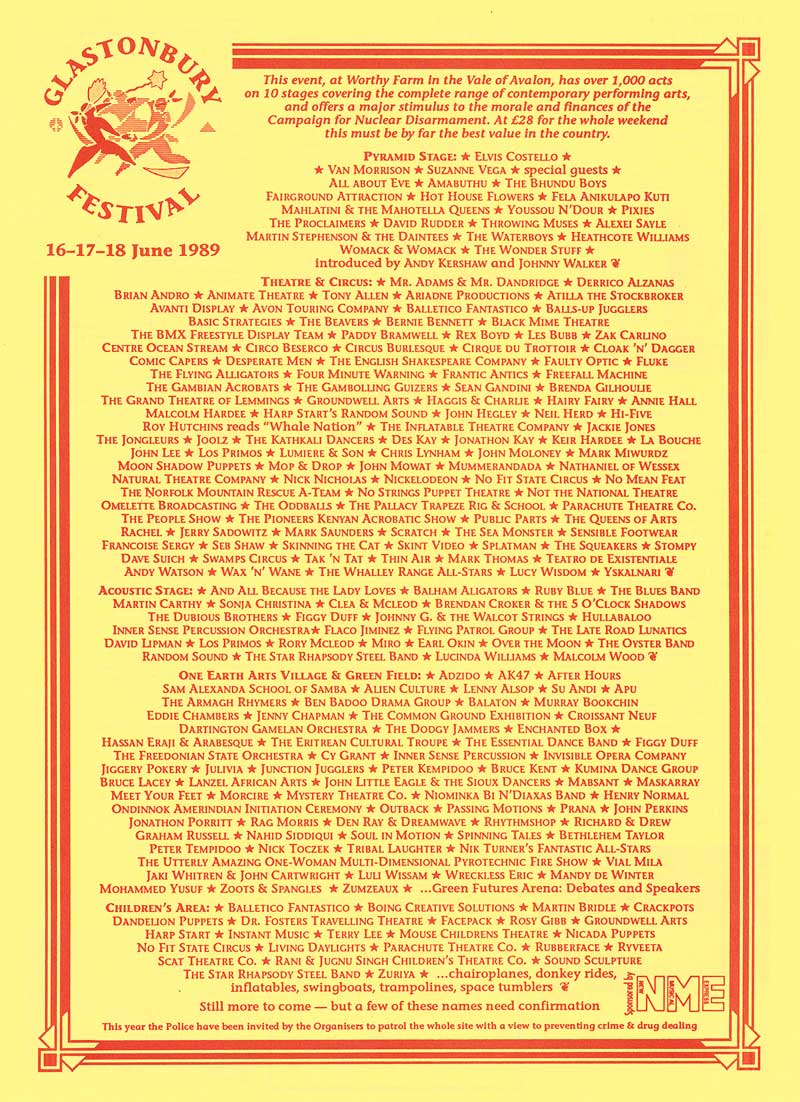