Skip to content
Home / Areas / Shangri-La
In this section:

Read below for a recap of what happened in 2019…

JOIN US IN CELEBRATING OUR 10TH SHANGRI-LA
ALL DAY – ALL NIGHT – ALL FOR YOU!

In its 10th incarnation, Shangri-La returns to Worthy Farm with the next chapter – JUNKSTAPOSITION

This year, shape shifting Shangri-La turns its satirical gaze to the state of humanity and the impending apocalypse. The ominous warnings broadcast through Shangri-La’s billboards and SHITV’s shiny screens in 2017 still ring true two years on. As the world around us rapidly heads into chaos, what has become of the Festivals most controversial and creative district? The remnants of the last Festival are still being processed through Shangri-La’s Recycling plant. All the baby wipes, blow-up mattresses and bad choices have since morphed into monoliths that stand as stark warnings to this years attendees.

In an urgent attempt to save the Shangri-verse, Shangri-La are remediating – one cable tie at a time, planting seeds of change as they go.

Shooting up through scrap piles and budding between the buttresses – HOPE is blossoming, TRUTH is unfurling and RESPECT is regenerating these once polluted playing fields.

The world is waking… It’s time to act, to save humanity and the planet on which we coexist!

Replenish yourself at the Reforestation programme.
Become a budding activist at the Disruption Bureau.
Sow some self-worth at the SHED.
Prune your inhibitions at the Sistxrhood
Germinate some action DAY AND NIGHT in the Truth Arena.
Propagate your senses at the Gas Tower‘s 360˚ audio visual spectacular.
Thrive to survive at the Clash – Glasto’s first Soundclash stage.

Video by: FareLight Productions Music by: Delhi 2 Dublin – I Got To Have It (Odjbox Remix) Appears Courtesy of Westwood Recordings Additional Soundtrack by: Spenghead, Ocelus 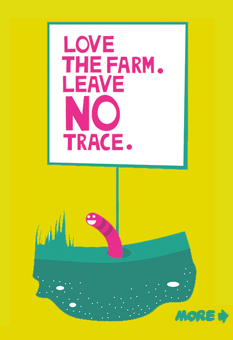