Read below for a reminder of what went on in 2019… 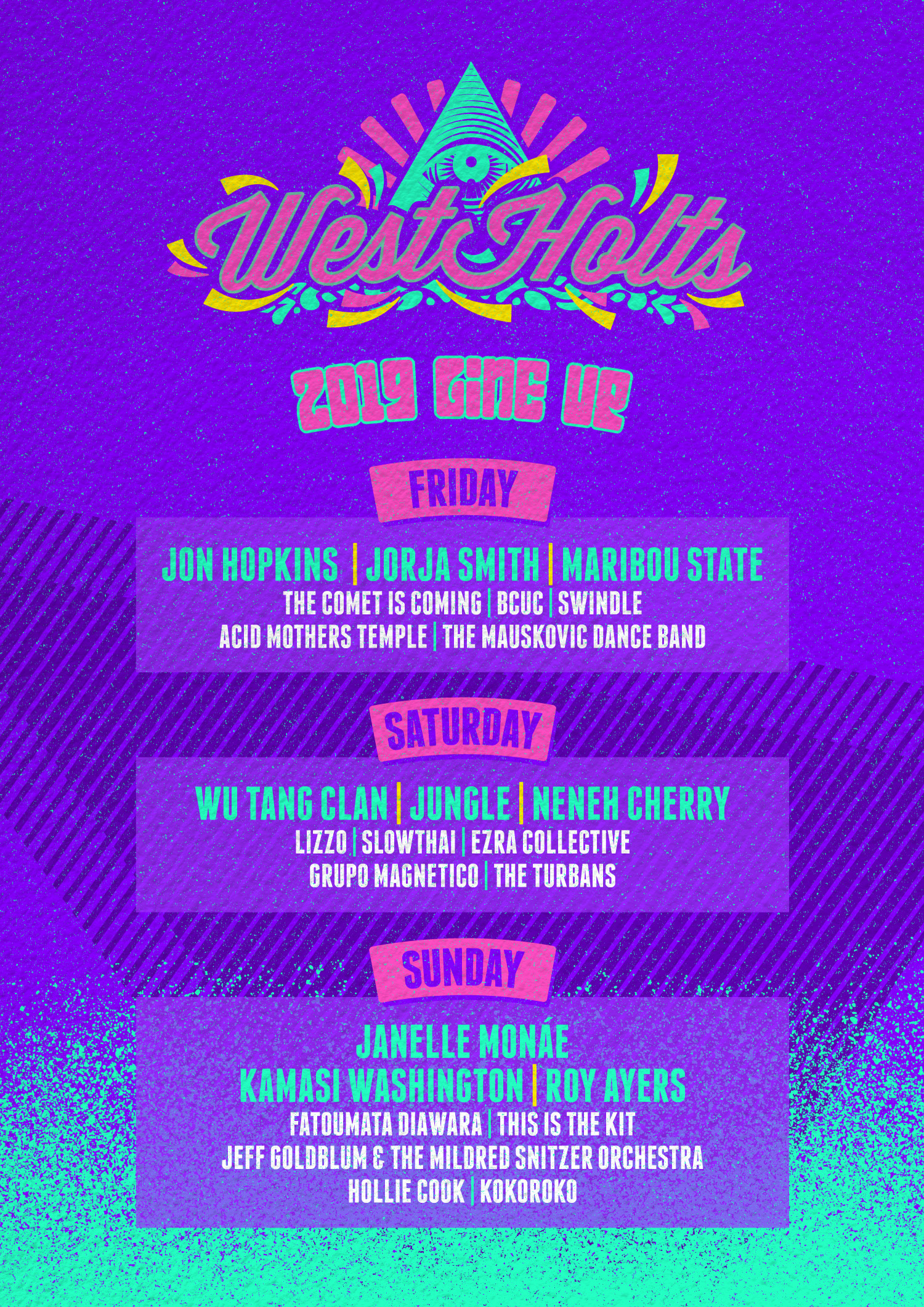 The fallow year has produced a turnaround for West Holts – well, actually just a few degrees turnaround of the stage but one that will allow better sight lines from all corners of the arena. Even better, we’ve now got relay speakers that will blast the sound right to the back of the field.

Frankly you’re all going to want to hear what we’ve got to offer this year. The mighty Wu Tang Clan return in full force flanked by the epic electronica of Jon Hopkins and one of the most talked about artists of the moment, Janelle Monáe, who’s sure to deliver another spectacular live performance.

Of course it’s not just about the headliners. You could amble down to get lunch in one of the arena’s many delicious food stalls and listen to brain frying psych from Japanese veterans, Acid Mothers Temple or if that’s a bit much, make a date for Sunday with Hollywood legend Jeff Goldblum showcasing his laconic wit and jazz chops. Speaking of jazz, we’re excited to see the return of Kamasi Washington who has done so much to win a new audience for the music and help inspire a new generation in the UK who take the music in such diverse directions as Kokoroko, The Ezra Collective and amazing Comet is Coming. See the latter back to back with South African band BCUC to experience some of the wildest grooves of the weekend.

We’ve been really blessed by the number of amazing woman who’ve agreed to play this year including Jorja Smith, Lizzo and Neneh Cherry but also check out Kate Stables who fronts the very lovely, This Is The Kit.

Finally, we must welcome Glasto Latino who have a found a new home within West Holts. To celebrate their arrival, we’re sharing sets from Grupo Magnetico whose debut album sounded like a lost gem from the 70’s NYC salsa scene although was actually recorded in an Edinburgh basement.

So new and improved West Holts for all your partying and lounging requirements!