Skip to content
Home / Areas / Silver Hayes
In this section: 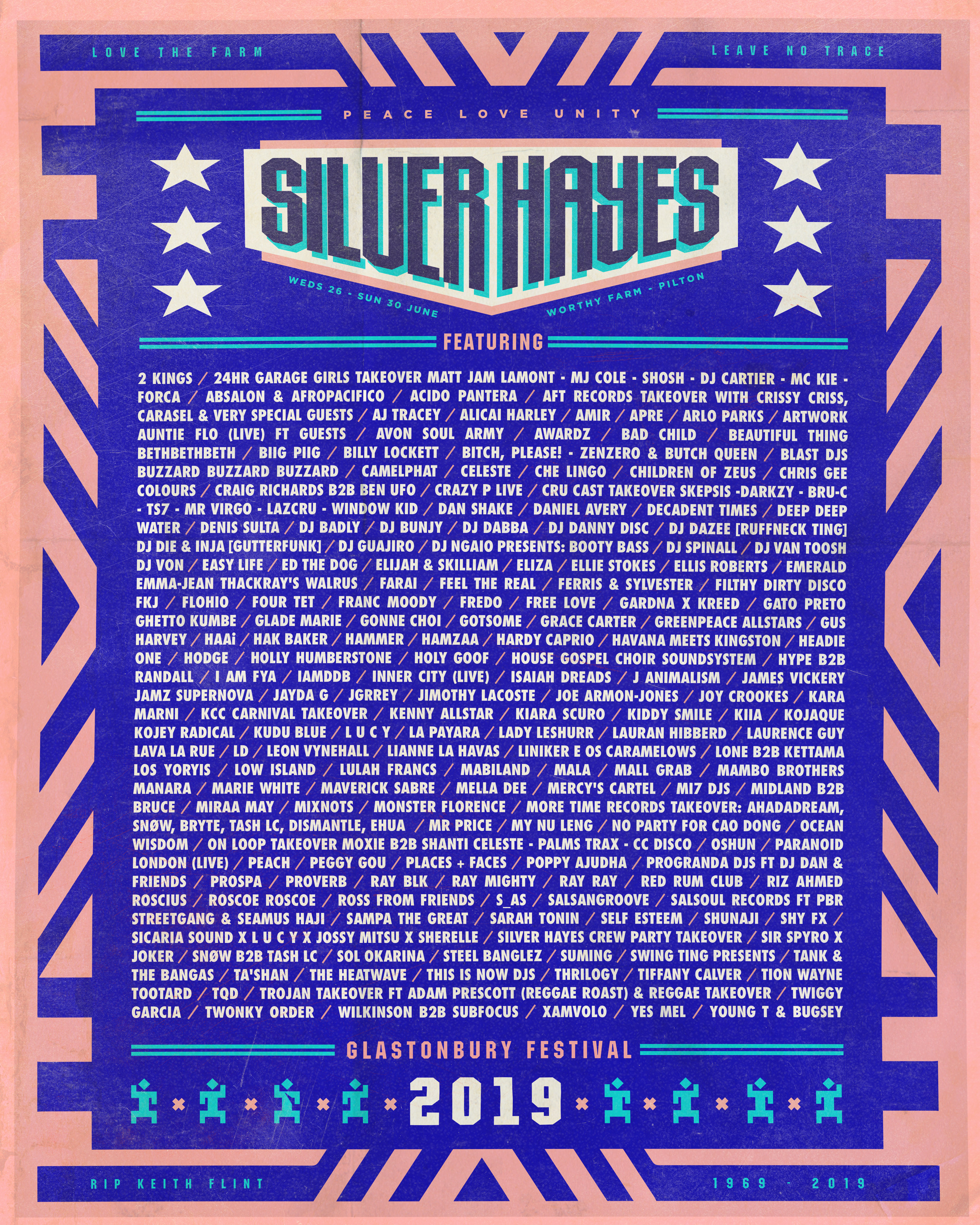 Sonic is back this year with a whole new look and sound!

Heds Party at Sonic – Experience the Legendary after hours Heds Party with the best cutting edge DJ’s and the Silver Hayes Crew takeover, running daily until 7am.

Our new micro venue No Average Groove will feature an array of genres, music and styles! There will be nothing average about this mini vibe, it’s guaranteed to be the new hidden gem of Silver Hayes to groove to some of the hottest underground acts.

Saturday will be hosted by BBC 1Xtra DJ Kenny Allstar, joined by Headie One and Fredo with the mighty AJ Tracey headlining! Line-up highlights include future hip-hop from Farai, bass music from Jamz Supanova, Skepsis and Darkzy, classic garage from the energetic 24hr Garage Girls and lo-fi house from Ross From Friends. Do not miss the exclusive live performance from Inner City, the legendary Detroit outfit on Sunday!

Gully and The Blues, two of Silver Hayes’s most legendary stages, have been amalgamated to bring you bigger and better global sounds! Opening up Gully Blues on the Thursday is the decadent “Bitch, Please!” with Zen Zero & Butch Queen, Bristolian Tech-House legend in the making DJ Ellie Stokes, followed by exciting headliners Laurence Guy & Mall Grab. Friday will bring the eclectic essence of “Colombian Magic” music to the area, hosting 7 bands straight from Bogota. Saturday will have pure Carnival vibes from KCC and the Heatwave Possie, plus the mighty Havana Meets Kingston Sound System, expect a diverse mix of Cuban, Carnival and Reggae beats. Finish your week end with the Dubstep royalty Mala, UK Hip-Hop Rapper Kojey Radical and rising star Flohio.

In the Pussy Parlure this year, we’ll be bringing you dribbles of the London jazz scene with Emma Jean Thackray, keys wiz Joe Armon-Jones, leading up to more HipHop & Contemporary R&B with Sampa the Great and Eliza. Friday will finish on the explosive, funk & soul headliner, New Orleans’ Tank and The Bangas. Saturday kicks off with soulful queens Hamzaa and Grace Carter, rolling into a mix of electronic sounds from Free Love with the evening ending on a R&B and Hiphop headline Kara Marni. Sunday we start with Neo Soul ladies Joy Crookes and Biig Piig. We then pick up the sound with an energetic set from Auntie Flo, Glasto debut from Irish rapper Kojaque and end the night with the uplifting voices of The House Gospel Choir.

Silver Hayes are excited to welcome back the BBC Music introducing stage with the best in upcoming music showcasing the hottest new acts from all over the UK.

Remember your outrageous silver outfits for our traditional Silver Saturday.

We look forward to welcoming you to Silver Hayes to dance and party with the best globally sourced Live Acts and DJ’s, this year there will be something for everyone.

The History of Silver Hayes

The history of Silver Hayes started in 1995 with just one tent called the Dance Tent which had a capacity of 1,500 people. One of the most memorable events was the incredible Massive Attack takeover.

The Dance Tent was organized and programmed by Malcolm Haynes who cut his cake with the new Jazz-world stage in 1989. Malcolm continued to program this stage up to 2007 featuring artists such as Amy Winehouse and Stephen Marley.

For the next 10 years the Dance Stage grew in size and capacity to a huge tent that held 15,000-20,000 people. One of the proudest moments was hosting Daft Punk back in 1997, a truly memorable and atmospheric experience.

In 2004 it was decided that the Dance tent could no longer cater for the many genres of dance music and so the Dance Village was created.  This ran from 2005 to 2011. After the fallow year in 2012, along with new venues and new layout came a new name. In 2013 the newly revamped Dance Village was welcomed and Silver Hayes was born.

2017 was the fifth instalment of Silver Hayes and it continues to build on the success of the Dance Village. Having had a change of name, more people have visited the area as the new audience explores the many genres of music available. Many acts within the Dance genre are featured across many of the venues as well as some of the best global acts. Malcolm is a great supporter of live bands, which is one of the reasons there are more acts than DJs on the Silver Hayes line-up.